Where / East Plaza, The Arts Center at NYU Abu Dhabi

Amir ElSaffar’s 17-member big band moves beyond the notions of style and tradition into a realm of uninhibited musical communication, working in a broad spectrum ranging from Iraqi maqam to American jazz.

The Rivers of Sound Large Ensemble is deeply rooted in musical forms of Iraq and nearby regions but still speaks the language of swing, improvisation and group interaction, resulting in a sound distinct from other contemporary cross-cultural musical fusions. The group embraces a broad spectrum of traditions, from Iraqi maqam to American jazz, on a range of instruments including the Middle Eastern oud, buzuq, santur (hammered dulcimer), jowza (spike fiddle), and percussion, arrayed with the piano, bass and drums of jazz, along with trumpet, saxophones, oboe, strings, and voice. Rivers of Sound combines the modal language of the maqam with the aesthetics of contemporary music and jazz to create a new musical vocabulary. This exploration of pure resonance allows the assembled musicians to explore and experiment together along a continuum of sound encompassing timbre, harmony, pitch and rhythm. Having developed an instinctive ease with ElSaffar’s highly complex music, the band plays with a creativity that transcends pure technical challenge in a style that is rooted in tradition, while creating an entirely new aesthetic. As pitches and rhythms become fluid, so do cultural boundaries: elements that traditionally divide musicians and genre specific modes are recontextualized in a fresh cross cultural landscape.

“The band navigates ElSaffar’s still-fresh fusion of jazz and maqam with such masterful technical power and vivid lyrical imagination that you almost immediately forget to be engrossed by the novelty of the sound.” – Chicago Reader

Trumpeter, santur player, vocalist, and composer Amir ElSaffar has distinguished himself with a mastery of diverse musical traditions and a singular approach to combining Middle Eastern musical languages with jazz and other styles of contemporary music. A recipient of the 2013 Doris Duke Performing Artist Award, ElSaffar has been described as one of the most promising figures in jazz today. ElSaffar is an expert trumpeter with a classical background; conversant in the language of contemporary jazz, he has also created techniques to play microtones and ornaments idiomatic to Arabic music that are not typically heard on the trumpet. Additionally, he is a purveyor of the centuries old (and now endangered) Iraqi maqam tradition, which he performs actively as a vocalist and santur player. As a composer, ElSaffar has used the microtones found in Iraqi maqam music to create an innovative approach to harmony and melody. ElSaffar is an important voice in an age of cross-cultural music making.

“ElSaffar has found a beautiful and singular way of pairing the sibling spirits of jazz and the classical maqam system of the Arab world, with their shared spheres of improvisation, deep knowledge of tradition and urge to keep innovating.” – Anastasia Tsioulcas, NPR Music 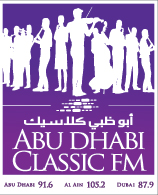